Moscow is amazing, full of contrasts, many faces, and paradoxes. Europe’s largest city offers unique sights, beautiful parks and churches with an unusual atmosphere, nightlife and, of course, a rich history. But if you want to create your own image, you need to get to know Moscow!

Moscow – What to see

Red Square is one of the most famous places and a symbol of Moscow. Coming here and not visiting it, is like going to Paris and not seeing the Eiffel Tower. Next to the Moskva River, there is the fairytale Saint Basil’s Cathedral. The Kremlin is a place to visit as well. The first Kremlin was made of wood, which was built in 1147. A great attraction is also a huge imperial cannon, which weighs about 40 tons. Temple of Christ the Saviour is a copy of the original, the one that Stalin had blown up. Today, this temple is the central temple of Russia and also the largest Orthodox temple in the world.

Petrohrad – map and an information

Izmailovsky Park is one of the largest and at the same time quietest parks in Moscow. Izmailov Castle is also worth seeing. Many tourists come here mainly for souvenirs because they are much cheaper here than in the center of Moscow.

Modern skyscrapers, shopping malls, and offices. This is also one of the many faces of Moscow. The newest part of the city, Moscow City is located just a few kilometers from Red Square. In 1992, a Business Center was built here, where each building had its own investor and architect.

VDNKh – Exhibition of Achievements of the National Economy evokes Soviet glory. After the collapse of the Soviet Union, the area was renamed and today various festivals and exhibitions take place here. Nearby is the largest transmitter Ostankino, where you can enjoy panoramic views from a height of 337 meters.

If you like culture, you have the opportunity to visit several galleries and museums. And the spectrum is really wide, from the Historical Museum, the Museum of Modern Art, the Museum of the History of Moscow to the Museum of Vodka, Water, Cognac, Forest, Hunting, and Fishing. A little further from the center, in the south of Moscow, there is Tsaritsyno Palace Museum and the Park Reservation.

Tip: Moscow is gigantic and you certainly can’t do without a map. Don’t be shy and go to the tourist center, where they will provide you with information about all the available attractions.

Without the subway, traveling around Moscow would not be possible. The basic line is the so-called Kolcovaja linija, which forms the inner circle around the city center and connects all other lines. The Moscow metro is really showy. The most beautiful stations are located on a central circular line. Each station is decorated differently and some resemble palaces. If you do not want to experience the crowded metro, avoid it between 7 am and 9 am in the morning and around 6 pm – 8 pm.

Marshrutka is a classic of Russian transport. These are personal vans, minibusses. Each marshrutka has its own route, but it does not have a timetable. When it’s full, it drives. As the drivers are private individuals, the price is not the same and there is a different tax in each marshrutka.

In addition to the metro and trains, there are also buses and trolleybuses. You can buy a Trojka card at each station and use it for transportation.

Russian cuisine and tasting russian food directly in Russia is an experience. Borsch, lapsha and soljanka are soups that you already might know. As for the main dishes, you should definitely try vareniki, stuffed sachets with cabbage, cottage cheese or mushrooms. For carnivores, there is shashlik, baked marinated meat over a fire with onions. As delicacies of Russian cuisine, we recommend luxury salmon and sturgeon caviar or syrniki (cheese pancakes).

Vodka is a stereotype, but it just belongs to Russia. The beer is also popular and you will find a number of local brands that you can try, even drafted. In addition to vodka, tea is a traditional Russian drink, served with almost every meal.

Great choice, good local food and decent prices can be found in the local canteens – Stolovaya. GUM is an iconic department store on Red Square, which will delight you with a design from Soviet times. There are also restaurants where you can eat for fair prices, but the store is mainly for shopping.

Traveling to Moscow is an experience and getting to know the culture of Russia is definitely worth it. Don’t forget to get tourist visas before the trip!

Did you know that…

… Moscow is the city with the largest number of green spaces in the world? Although they were created artificially, they are worth seeing. You can visit dozens of parks, but also the botanical garden Aptekarskij Ogorod.

… Russians drink vodka with sour pickles? And an interesting thing about it, is that they add dill to salads, sauces and main dishes and side dishes. You never know what kind of food will be waiting for you.

Bikesharing – map and an informations 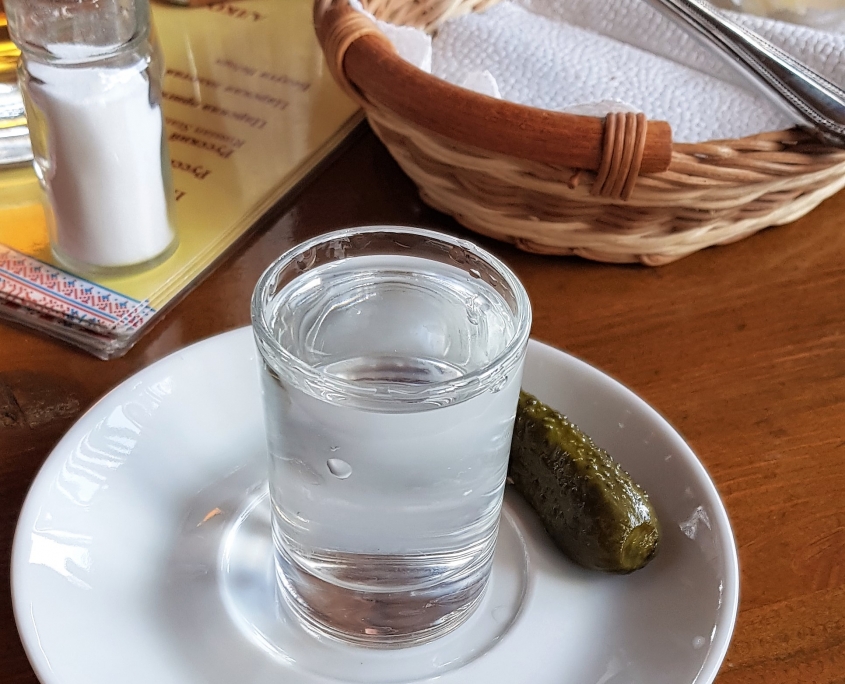